February’s project was pretty simple: a crocheted cap and “mitts” with a cute bobble pattern. I couldn’t decide on the colour (lavender or purple) and didn’t have quite enough of either to make both cap and mitts, so I ended up making the cap twice and using up leftovers of both colours plus a little extra of a different purple yarn to finish the mittens.

Apropos “mitts” and “mittens”… Stitchcraft calls them mitts, though I guess these days most people would call them mittens. What we now call mitts, i.e. fingerless gloves, were not in fashion in the mid-20th century.

The cap is made in the round from the top down with double crochet and bobbles, then stranded with fringe around the crown, which in turn is held down by a plait (braid). The crocheting was easy even for a non-crocheter like me, but the fringe was really difficult to hold in place with the proper tension. 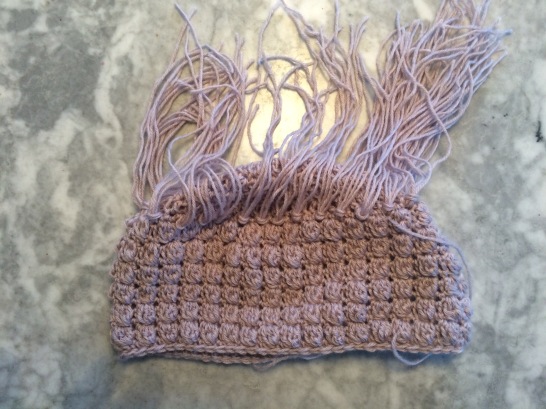 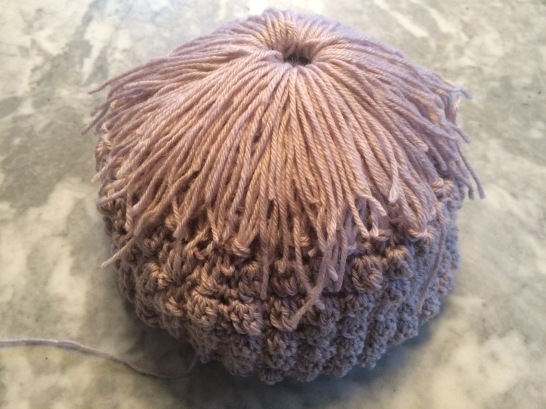 The mitt(ens) have a really interesting construction — back and palm done separately from the middle out. You make a chain and work on both sides of it, back and forth and back and forth until it is wide enough. The thumb is a sort of loop of chain stitch added on and worked in double crochet with the rest of the palm, then sewn up. 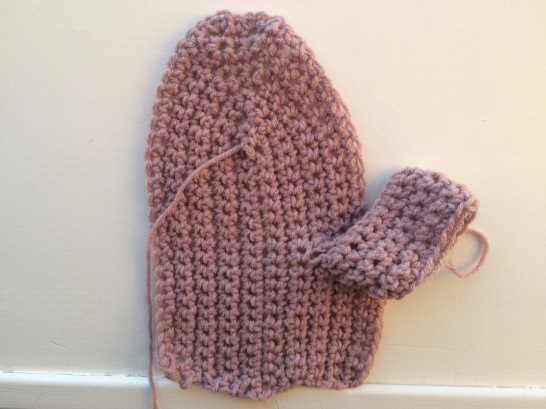 I used contrasting dark purple wool for the wrist and the making-up (the lavender was used up) and crocheted palm and back together on the right side for a decorative effect. 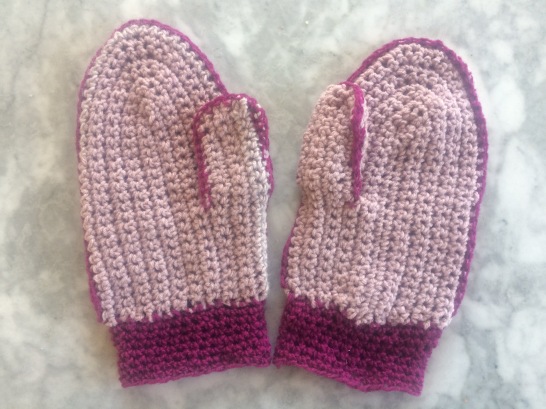 Here are the finished caps — both slightly different, both fairly imperfect, but I think the intended wearer will like them. Modeled photo to come when she receives them! 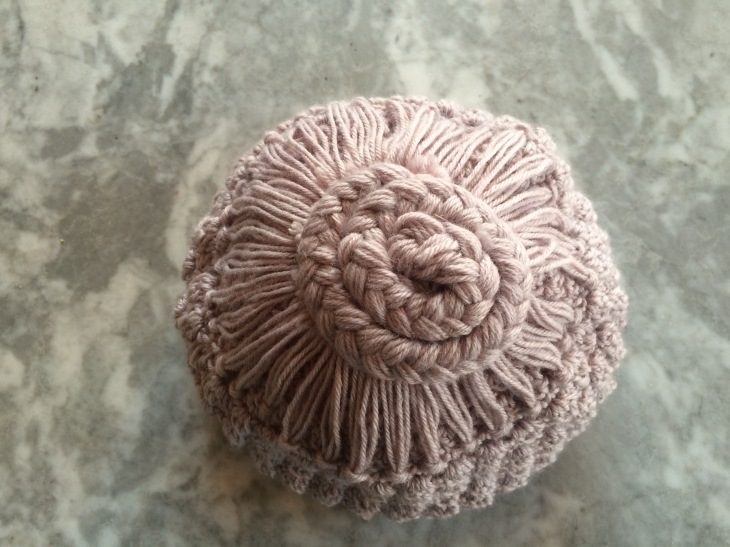 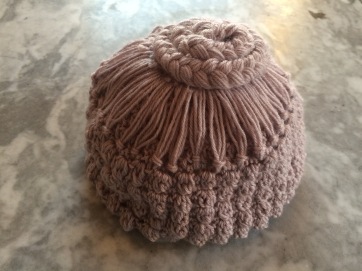